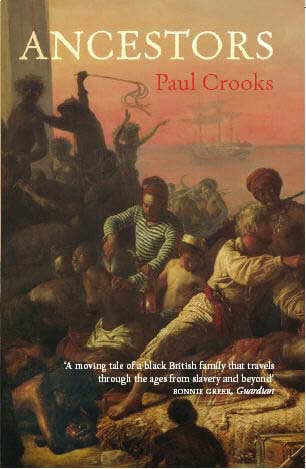 It is the late eighteenth century. Abroad a slave ship bound from West Africa to Jamaica, a terrified young boy is cared for by Ami, a fellow captive, who becomes his surrogate mother during that nightmare voyage. They are sold to separate owners, but their lives remain curiously intertwined, and the boy, now a man named August, marries Ami's daughter, Sarah. Ancestors tells the story of their lives, their part in the struggle for emancipation, and the hope and faith that sustains them.

At the age of ten, Paul Crooks's great-great-great-grandfather John Alexander Crooks was captured and put aboard a slave ship bound for Jamaica. Ancestors is a fictionalised account of John's experiences from 1798 to 1838, the year that slaves in the British West Indies were set free.